Shlok Sharma’s Haraamkhor gives a snapshot of parallel moralities in a small Gujarat village. Shyam, a married teacher has a relationship with Sandhya, his student, who just crossed the threshold of puberty. Sandhya negotiates her relationship with divorced father’s new girl-friend. Young Kamal is infatuated with her as his accomplice Mintu prods, nods and plots with his friend.

Nawazuddin Siddiqui inhabits Shyam on the screen, the immoral kernel of the story. He is simultaneously repulsive, cunning, callous, amorously indulgent, duplicitous, yet reserved with the full fire of his machismo. His transgressions are so flagrant and the encounters so intense that there are many moments in this film where a sudden explosion seems imminent. There is little privacy for a married man in a village but on its periphery, with the windmills in the background, his desires erupt. Sandhya’s father is the main police officer in town but Shyam is too close to their living space. To Sharma’s credit, he takes the viewer to the brink of explosive points. But their tension propels the narrative. There is no flare for melodrama, but a very dry, realistic tale of a range of emotions. Shyam’s is a complex character, holding much within him as he allows his power as a teacher to show the best of the worst instincts in men.

Siddiqui does service to the central character. An instantly “everyman” character as he is in many of his films, the longer he stays on the screen, the greater force he projects. He has a knack for nuances, subtle, sharp and at times very piercing. His Shyam not only has a male proclivity for bestial behavior but also a license to allow us to peer through him to see that the transgressions are not just his; they are part of the cultural fabric he lives in. A character like this, when it collapses, it does so on behalf of everyone who crosses moral boundaries. This sort of persona of embodying the particular on behalf of everyman has become Siddiqui’s strength. This role simply reasserts it. Siddiqui is a true anti-hero of the new realist cinema in India. 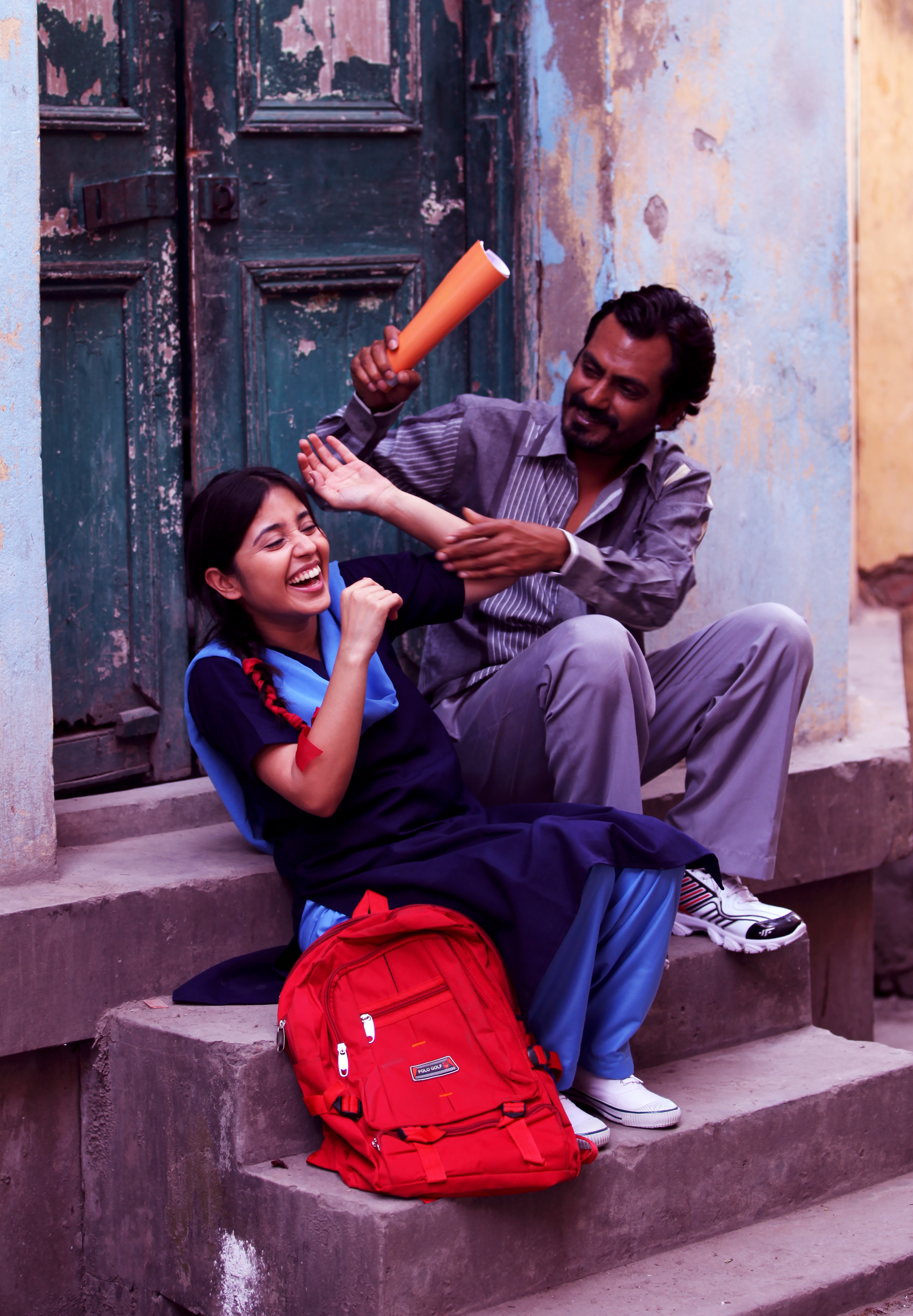 Sharma knows this well too. He allows Siddiqui to paint the nuances but holds back the full expression of his power. His portraits of Kamal and Mintu are in the same mold. Innocent, playful and mischievous, they are like all children. But the passion within them, hardly visible as it is in emotion-ridden adults, comes forth when necessary. The singular strength of his direction is in not overplaying the tensions of the narrative. We are always at the periphery of the conflicts. Many scenes are filmed with the windmills in the background, standing as a signs of modernity. The village life isn’t transitioning beyond its borders to this modernity but regressing back to its corrupt core. Compared to Shyam, Kamal and Mintu‘s characters, it is Sandhya’s that remains unexplored. She is a pawn in Shyam’s games, enticed by the lure of sexuality, and far-too-distant from Kamal and Mintu’s innocence. She rarely gets to assert herself in the game between corrupt and innocent moralities of male characters in the film, old and young.

Sharma comes from the “Anurag Kashyap School of Realism” in Indian Independent cinema. Realism away from staging of reality, harsh surfaces, non-professional actors, no-holds-bar depiction of daily lives, including its violence and fast-paced story-telling. All the features of what makes that development in Indian cinema so meaningful. Sharma honed his skills as Kashyap’s assistant and his Guru is also a producer of this film. Unlike his Guru, he knows how to keep the conflict brewing without bringing to a boil. There is a different kind of strength in that talent. Some undeveloped clues keep the viewer engaged without the burden of resolving them. This is less a weakness than a consistent strategy to not tie in every little element in the film. If this is where our realism is going, then it is a sign of maturity. It is one thing to give up the Bollywood glitz and glare and quite another to move the narratives into realms of complexities. The film, the director and the realism of the “Kashyap School,” come to us as a promise of a great career and more engaging, challenging films.