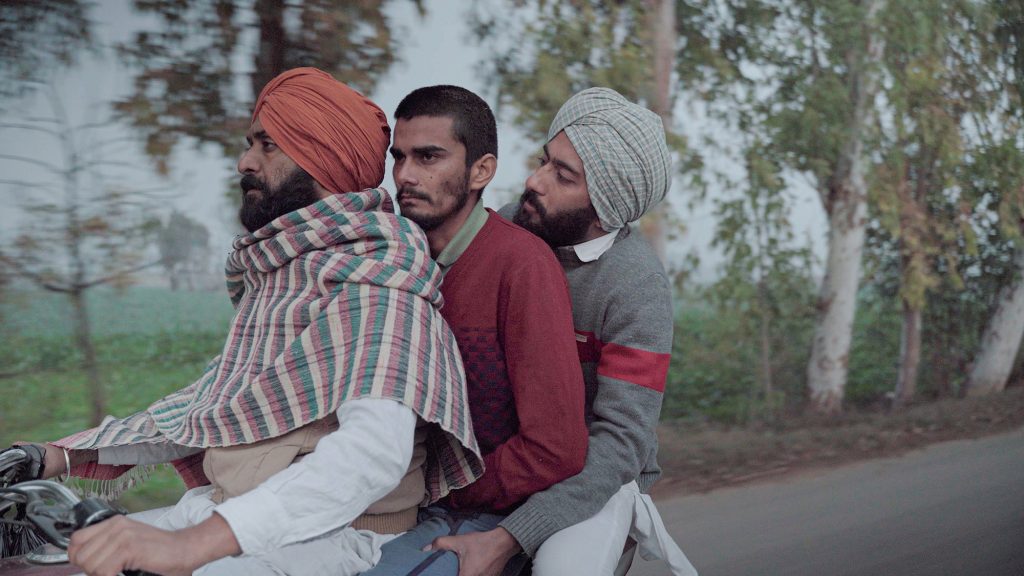 Sex is the driver of both the conscious and the unconscious realms of the social field. Think of Bollywood. Prudish and censorious of any explicit sexuality in its images, the industry relishes the opportunity to expose a woman’s body in its “item numbers” and women’s costumes. Hypocritical or pretentious you might say, it is the sand castle of illusions when it comes to sexuality. Cultural spheres are no different. With the masculine center at its core, Punjabi culture holds within it a hollow secret for lack of tolerance for varied shades of masculine identities. Anmol Sidhu’s bold film takes a major step in exposing that secret in a film rooted in rural realism.

Jaggi’s life story is tragic. He discovers impotence as a condition when his school age peers get off at the mere sight of images of women. Impatient to understand his difficulty and incapable of placing him in their own rigid categories, his school-mates assume he is a gay man, and bully him to submission. Perverse? Yes. Such is the tale of repressed sexuality.  There is no jury and no consenting witness. Jaggi is an instant victim of reckless acts of peers in school, subjecting him to ridicule and forced sex. At home, his father, a policeman, comes home drunk, while his mother has sexual trysts in the house with her brother-in-law. Later, Jaggi realizes that his mother has been mixing something in his food to induce deep sleep while she continues her dalliance.

Lacking any attention from his family, Jaggi grows up tending to the farm, dedicating himself to work and a life of relative isolation. That rarely brings him respite as marauding sexual hunters accost him at will. Even the farm-hand he employs, with his repression shaped into perversion, thinks of Jaggi as an easy prey. Beneath the sheen of Punjabi masculinity is the unbearable pretentiousness that does not understand a young man who has a medical condition.

The startling accomplishment of the film is to present Ramnish Chaudhary in the lead role. In graphic scenes of sex and bullying, he comes across as a meek, pitiful, and vulnerable young man. His gentle self begins to break through as his family pushes him to marry a girl, with whom he begins to spend some time. At this stage, you hope Jaggi lives through a happy phase of his life, bringing his torture to an end. The scenes of Jaggi and his wife-to-be are clear indications of the director’s skills to manage a range of states-of-mind. Chaudhary as Jaggi is quite remarkable in this role, inhabiting it with intense sincerity. Moments of his opening up to the presence of a woman in his life make for some precious moments in character development in the film.

Anmol Sidhu’s first feature exhibits a confidence of a political film that can aim hyper-masculine culture in Punjab and indeed India. Raw and brutal at times, it is an unflinching look at how rural India hides the cultural rot out of our attention. Sidhu demonstrates a range of capabilities in capturing the complexities of that realism. In an exceptionally expressive scene, Jaggi watches a farmer wishing to end his life, an event external to the narrative of the film.  The viewer realizes in this scene the possible inner turmoil in Jaggi externalized in the tragedy he witnesses in front of him.  One can see how Jaggi has seen life can be almost brought to an end with senseless thought. His reaction works as an eloquent punctuation mark in a narrative that already has multiple shocks.

Musical notes do not do much service to the faded color palette of the film. The scenes and the events are so shocking and jarring on their own that the non-diegetic sound makes for a piercing intervention that does not seem be complementary to the achievements of the narrative. The entire film is an impressive debut for both the filmmaker and the main actor. It is a coherent work that ought to wake up the viewers from their already formed presumptions about masculinity in Indian culture in general and in Punjab in particular.