Anton Chekhov’s short story, Vanka, is a memorable portrait of an orphan who longs to return to his grandfather and the early days of childhood. Nine-year old Vanka finds cruelty in the labor for a local shoemaker. The trappings of Moscow appear to him too cold and inhuman. His village back home breathed life, where the skies smiled gently in the night and grandpa towered over all of it like a graceful guardsman. Chekhov paints an image of a gentle heart residing in orphan’s body helplessly facing a fate ruled by the ruthless men in the city. The short story is about the plight of orphans as it is about the precious memories that make souls yearn for gentleness and love from the elders.

Now take that short story and place it in the pristine, moonlit waters of Kuttanad in Kerala (“Venice of the East”), where rhythms of time and space are synchronous with the lives of all creatures. After the burden of debt claims his farming parents by suicide, Young Kuttappayi joins his grandfather (no name, known here as Vallyappachayi) to tend to flocks of ducks in flooded waters, fishing, playing around and telling stories. Kuttappayi has a desire to learn and a gift to create. His organic intimacy with nature endows him with gifts to create objects and projects. His friend’s high station in life gives him access to school but without the aptitude to absorb what is offered to him. As time moves slowly but surely, grandpa feels the weight of his old age and sees his feeble body fully capable of giving up one day. Worried that Kuttappayi doesn’t have much future in the village and must pursue learning, he trusts his boss to take him to a fireworks factory in the city. Vanka and Kuttappayi both write letters to their grandpa-s, hoping to revive their fates while placing their desires in the words and images to find hope and innocence in life. 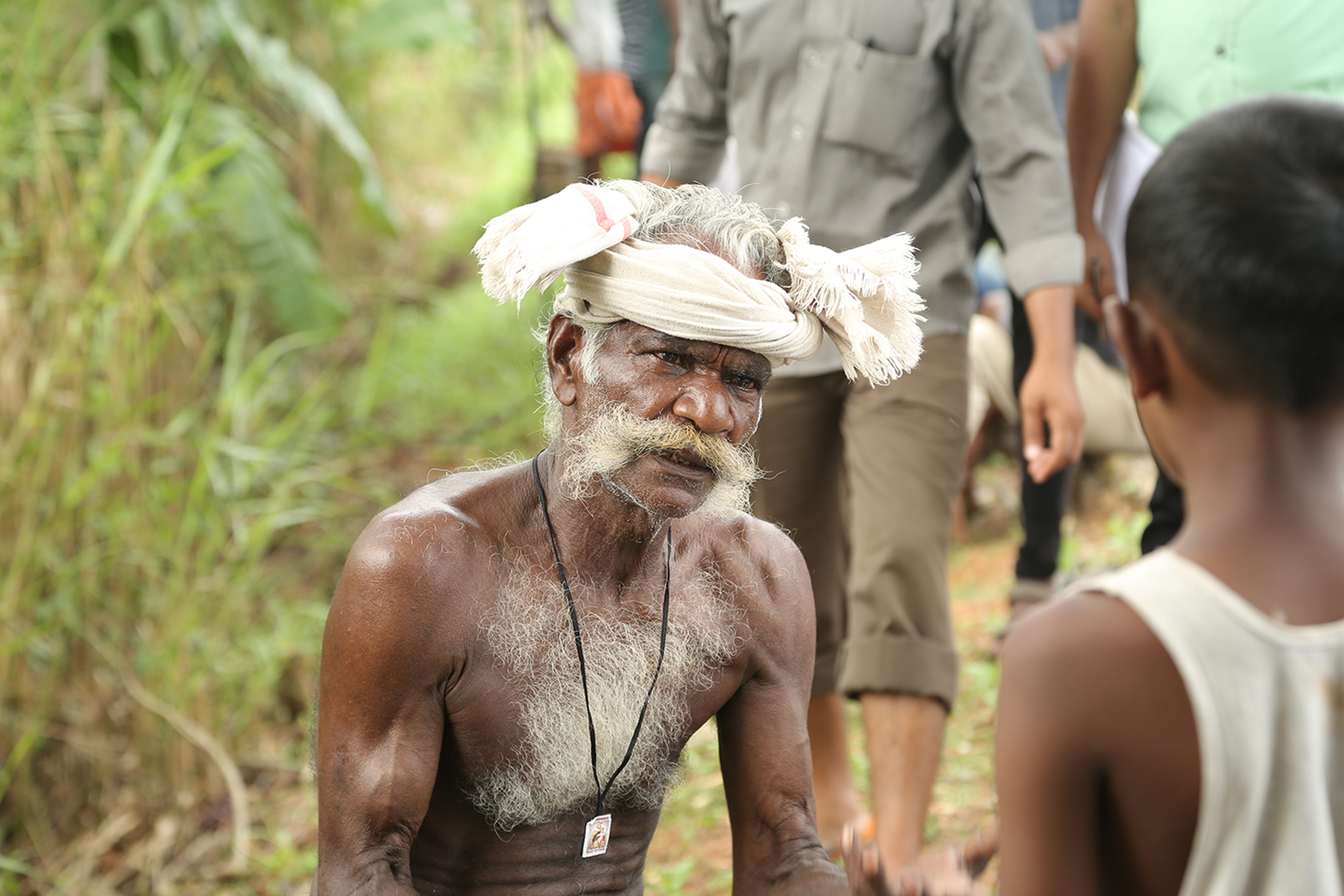 Jayaraj Rajasekharan Nair’s loose adaptation of Vanka recasts Chekov’s timeless appeal to protect orphans and to preserve the rare grace of childhood into a tale of the environment for all of us. This is a film with children in it; it is not children’s film. It spares the sentimentality of children’s films so frequent in Indian cinema. Jayaraj chooses realism to elevate it to a magical quality in which objects bathed in light emanate their luster from within, and the sheen of space makes visible its depth and its reach.

M. J. Radhakrishnan cinematography is one of the most rewarding features of the film; he rescues Kuttanad from its commercial-tourist profile and invests it with cinematic translucence of gentle tones and graceful movements with a rhythm of their own. Egrets and ducks move across the landscape as migratory birds remind you of the world beyond the frame. “We are like migratory birds,” says the grandfather, explaining the life cycle as he answers Kuttappayi’s curiosity about the birds. Some migrations create gaps and lapses as some children end up without their parents. This is a “slow” film that is not positioned against pace; it provides pauses for thoughts and reflections. 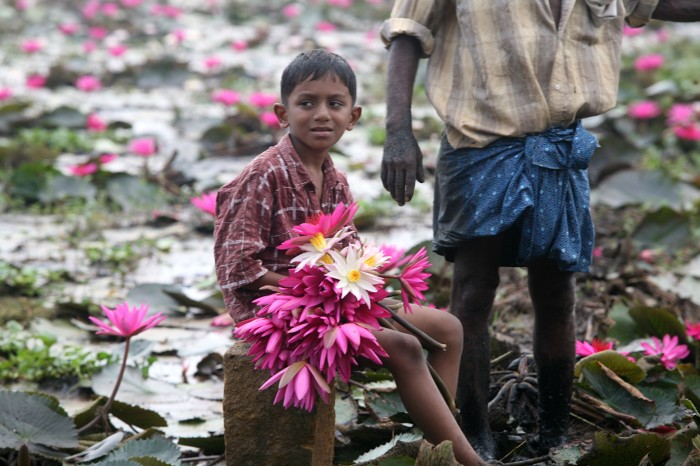 Performances from non-professional cast are nothing short of extraordinary. Kumarakom Vasudevan, a fisherman by vocation, lives the life of a real grandpa in the film. A Strong presence on screen, Vasudevan makes his grand moustache one indelible index of his tender heart. As his grandson on the screen, Ashanth Sha is lively and rooted, making himself the rightful centerpiece of the narrative. Generous and modest, Kuttappayi is shaping up as one of the creatures of the land. When he looks up the sky, he owns it. He does not need Christmas Star, he says, for the constellation above is his own. When his grandpa asks, “Where did you learn to make it (a mud sculpture), he answers, “Does anyone teach a nightingale to sing?” He learns by owning up the environment he lives in, a fitting lesson to a generation that has abused it. 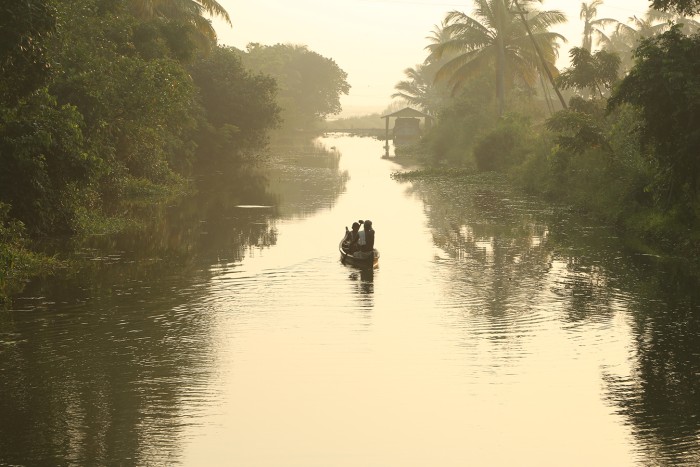 Film’s final reward is its soundtrack, score composed by Sreevalsan J. Menon, and songs by Kavalam Narayana Panikkar. Evoking nature, understating the drama and constructing the total affect of childhood, innocence, and impending tragedy belong to the powerful symbiosis the film achieves between the image and the sound. That at times the objects appear to be singing the sound generates the imposing relationship of the viewer and the image. The sound and the film are markedly distant from the exotic; but become ethno-graphs, inviting us to learn more.

Intrigued by the soundtrack of the film, I asked Jayaraj on email about his choice of the composer and the singer. Keen on keeping the rhythm of the folk culture of Kuttanad, he recruited Kavalam Narayana Panicker, one of the greatest treasures of musical tradition on Kerala. He composed and sang the final song of melancholic wisdom of movement and migration. Kavalam’s authority of folk music is complemented by the score by Sreevalsan J. Menon a gifted composer in Carnatic music.

No surprise that the film won several awards from Berlin’s Crystal Bear to FIPRESCI Jury prize in Kerala. Yet another fine achievement for independent Indian cinema that suggests we need not explain away these films as part of some “new wave,” or as “experimental” films because they don’t have the Bollywood ingredients. It is time to accept this as the “new normal.” 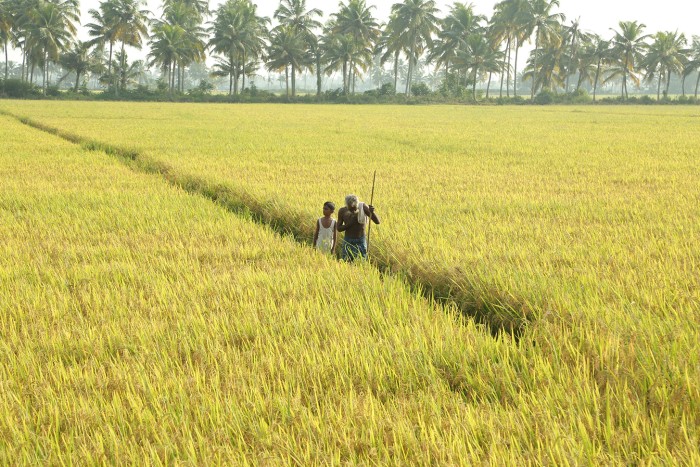