Bhaskar Hazarika’s debut feature received funding from Busan’s The Asian Cinema Fund and premiered at the BIFF in October 2015. The film is an important event for Assamese cinema, which remains less visible on the landscape of multiple language cinemas in India. For the film’s narrative, Hazarika went to the folk tales of Assam, particularly a collection compiled by Laxminath Bezbarua in 1911, called Buri Ai’r Xadhu (Grandma’s Tales). Weaving four tales together, he attempts a bold experiment in narrative construction. Presented on a tableau of imagery in Assamese culture, where the objects are culturally specific and timelessly continuous, Hazarika’s film gives much to ruminate about style and relevance of tales of magic, superstition, evil and the occult.

All four stories are about women. Devinath (Adil Hussain), a merchant leaves his wife Senehi (Zerifa Wahid) at home with her stepdaughter Tejimola. Senehi hates the existence of Tejimola and plots to kill her on the advice of her demon lover. Her abuse occurs in the presence of visitors and neighbors but they offer no resistance, as if to recognize the power of the abuse or the authority of the mother.

In his travels, Devinath meets a weaver woman Keteki ((Urmila Mahanta) who is beset with an intriguing phenomenon of an outenga (a sour fruit from Assam) animatedly following her wherever she goes. Devinath believes the outenga is Keteki’s child and offers to bring it to life.

In a village nearby, a rich woman Dhoneshwari (Seema Biswas) is preparing for a wedding of her daughter to a python, believed to be a prince in disguise ready to bring riches to the family.

The fourth woman, Malati (Asha Bordoloi) is attempting to save her newborn from her husband Poonai (Kopil Bora) who, under the spell of his uncle’s advice, killed three of their babies. 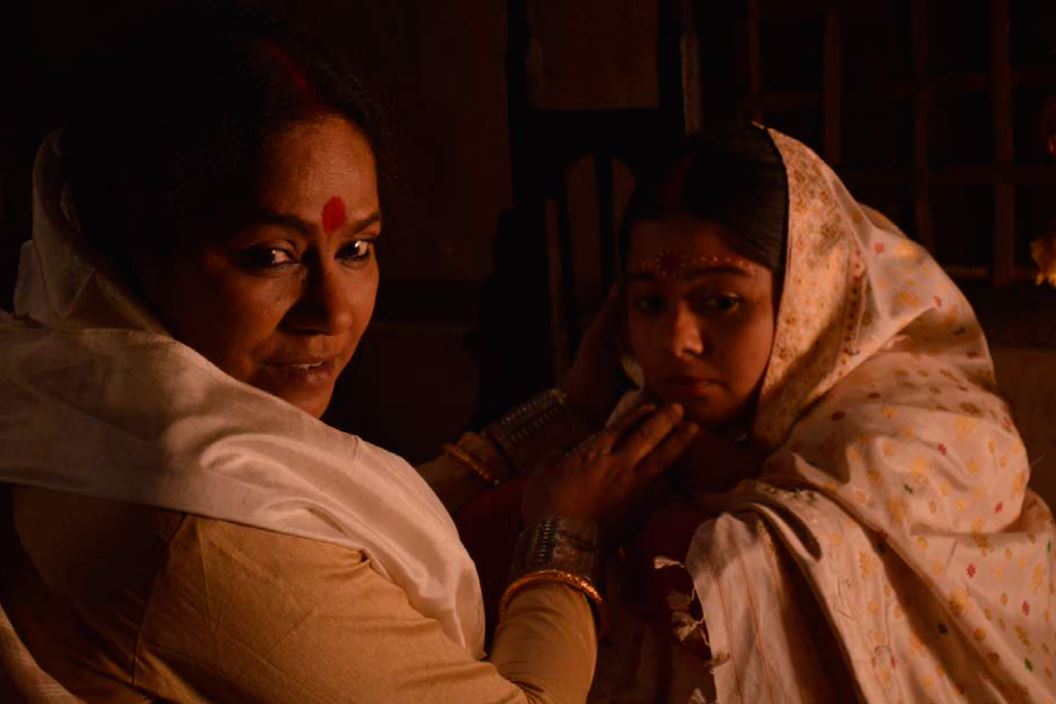 The film opens with a horror-filled scene of Poonai burying his infant child alive in a dark forest. The second scene of an outenga following Keteki as she walks in bright, beautiful daylight of lush green countryside of Assam, comes as a puzzle in a setting of contrasts. Darkness does not own up the horror or the magic; it can well occur in the blessing of sunlight. Thereafter, the images reveal the beauty of the countryside, Assamese huts of bamboos and mud-covered walls and sunlight trees, bushes and flowers. Horror of these folk tales comes forth in smaller, definite measures. The narratives undeniably lurch toward horror in different forms. Perhaps, the horror appears is too real because it takes place in broad daylight.

Hazarika connects the stories together, “pushing” popular children’s folk tales in the direction of horror and witchcraft. The stories are not clearly separated and the markers of difference among the characters are not clear. It is also unclear if Hazarika is situating the older folk tales in contemporary moment, or in a timeless frame? The viewer is engaged in the efforts to place the magic in the context of realist images of village life in Assam, and the issue of separation of narratives adds to the demands. Four stories in the film make a case for four-part anthology film, with networked connections between the short stories. Hazarika’s aim to construct a seamless narrative of four different tales falls short in helping the viewer adapt to unfamiliar context of a distant culture.

The director has recruited accomplished cast from Assamese and Hindi cinema, from Zerifa Wahid and Urmila Mahanta to Adil Hussain, Kapil Bora, and Seema Biswas. Their performances make the film strong as does the Vijay Kutty’s cinematography.

If witchcraft and magic can make beautiful setting their home, then the suggestion is that such spirit-forces lurk around in our living spaces. The film does not move the narrative to figurative level to suggest how such events may speak of forces that plague society. Nigerian films and some Western TV shows have mastered the occult and the spectral in cinema hinting at the dark forces operating underneath the sheen of modern life. There, the entire symbolic economy of ghosts and spirit-world points to out-of-control mechanisms of the capital, out-of-reach of the individual whose agency has slipped away. 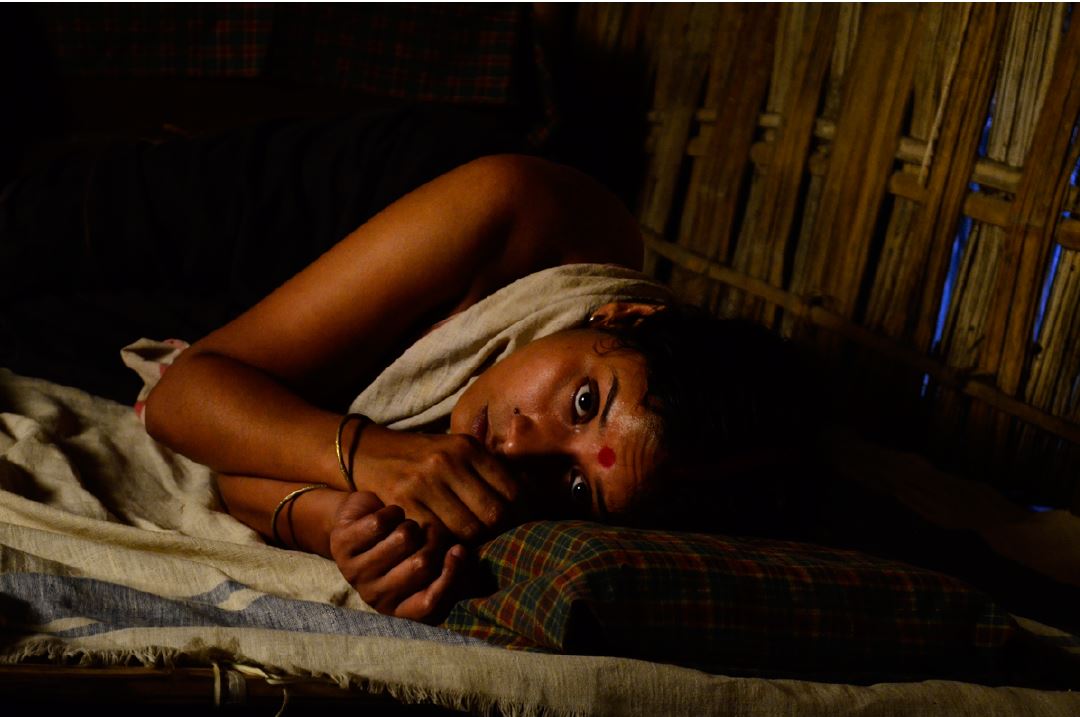 Perhaps Hazarika’s tales are meant to speak to us as tales, only as amusing folk tales that once gripped the land. If that is the case, then the film’s representation of women as the protagonists of witchcraft and as the willing agents of dark forces makes sense, for the world was clouded by such dark vision for ages. Such representations are good benchmarks to run away from and for that reason, invocation of darkness in folk tales holds an important lesson- never to repeat the mistakes of the past.  The four tales belong to Assam of a bygone era; and if they don’t, they should!