Ashim Ahluwalia’s Miss Lovely (2012) leaves an uneasy impression. It is not about its mildly explicit images, titillating posters or exposure to the shady underworld of low-grade semi-porno, horror film industry. It isn’t about the unconventional focus on a low grade film industry. It is none of the above, though all of that lingers in the mind of the viewer. The greatest difficulty in Ahluwalia’s film is to have taken on a daunting project without rising to its challenges. The film is hesitant about where its stakes lie—in depicting the reality or in weaving a narrative that discloses the deeper neuroses of an underworld, an overrated glamour industry called Bollywood or an indelible blend of crime and film in India.

The film is set in the underworld of cinema that finds its lonely, sex-starved consumers amongst us, filling their lives with images that are pleasing only in a state of abjection. It is dark world where sex is sold, displayed and performed and where every participant is loathsomely lusty for any means of survival. It is not the pleasure that drives this business, not the high-scale profit, but the simple logic of survival. Vicky (Anil George), the elder brother to Sonu (Nawazuddin Siddiqui), molds the deals together as he dreams of hobnobbing with the powerful, who are as sleazy as he wants to be. He produces films that border on horror and porn, satisfying his own appetites with the aspiring starlets he employs. Sonu goes through the motions of watching sex spilled all around him, where age and poverty form pitiful backdrops.

Vicky is on the edge of crime and opportunism; Sonu enters the land of love and dreams as he falls for Pinky (Niharika Singh). He promises to cast her in a romantic film. To his slow and shocking surprise, Pinky has deeper ties with the same underworld where his brother makes a living. The intrigue of the unknown, the jealousies of love and money and the mysteries of murder make for a potent blend of a thriller. But that is only a promise. The performance is quite different. The film falls into an abyss of confused storyline, wayward clarity, leapfrogging action and a low-grade remake of a world it is trying to critique.

Ahluwalia and his cinematographer K. U. Mohanan have deliberately anchored the film in claustrophobic, dark spaces where this industry operates. The film unfolds an aesthetic that is fittingly distressing as the space it inhabits. The framing is tight, light sparse but the camera makes spastic moves when necessary. It is a credit to have created this world, likely in documentary record of what the reality dictates. But the film is also a narrative. Its depiction of sexuality is less self-conscious. The camera has never had an easy time with sexuality in mainstream Indian cinema. It sits where the space allows or moves in the spirited world of space. In this film with is ambition to carve out a space different from the gluttonous grip of mainstream cinema and less measured than artsy cinema, the camera does not establish a relationship with sexuality. Everything is depicted as is, from the opaque, opportune spaces rather than in a carefully constructed aesthetic. The result is a tossed up world in which the misogyny of men isn’t bracketed or the vulnerability of women isn’t foregrounded. You are left with frustration and the disappointing tones of opportunities lost.

Some time ago, a Hungarian filmmaker Pal Schiffer engaged in a debate on the role of documentaries and aesthetic ambitions. Documentaries, he said, are giving voice to the voiceless. The camera should be content to record or witness than to articulate. They should not have the burden to be aesthetically sophisticated. We have come a long way since but his critique which was at once a defense of film that brought light to dark areas and a jab at the nascent style of direct cinema. In that sense, Schiffer would approve of Ahluwalia’s film. It brings light to dark areas of film industry; it dares to put it in front of audiences. It discloses boldly what the glamour hides and our ignorance protects. It is an accomplishment, especially in the first forty minutes.

As a narrative film, it is a test case for improvement on all fronts. Clarity and movement of the narrative are essential so is the pacing of the subplots and events. Characters drop in and out, scenes change their coordinates and the viewer is drawn into a world that has no escape routes. The helpless voiceover erupts on scenes without propelling anything forward. The drift of the narrative eclipses the discovery of its images.

Siddiqui, unsurprisingly, takes on the anchor’s position in the narrative. The script calls for his measured intensity and deftly deployed body. The narrative offers moments to use his now-steady skill of staring into spaces with rare, maximum impact. But he overplays it. He should think it is a surgical instrument for the right task, not as a hammer to be used on any occasion. Specific and narrow acting skills/mannerisms are a trademark of Bollywood actors; he should leave it to them to use without precision.

The film is now available on DVD, along with added 25 minute featurette on “Behind the Scenes” of Miss Lovely. In terms of style, the short documentary directed by Anoop Sreenivas and Sonali Pendharkar offers a glimpse into the process. It is less an interrogation than an exposition and as such it serves a purpose. The luridness of the world that the film attempts to depict is clearly an underworld that invites more probes so we can shed light on this aspect of cinema. There is also a wide gulf between the erotic culture that Bollywood tries to represent and the underworld that makes a living off of something far more sinister and substandard. There are brief glimpses of what could be possible in this documentary. 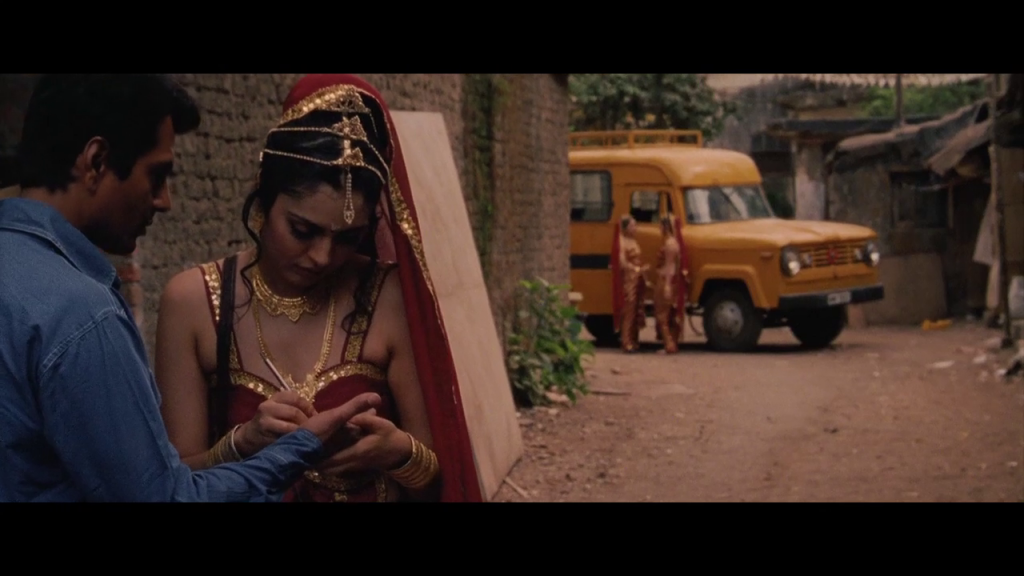