Documentary film, more than any other film form, is beset with social responsibility. Once it was a tool of power, but it has long spoken truth to that power. For the films that do rise to the task, there is a burden on the viewers to ignite the conversation. At least. Without that, a documentary film is a tree falling in the forest.

Nisha Pahuja’s film, The World Before Her (2012) is that rare intervention in the contemporary moment that does not end when the credits roll. It leaves much on your shoulders. As a simple juxtaposition of two narratives of India, it is a fine technical, formal achievement. There is Prachi Trivedi, a leader in the camp organized by Durga Vahini, the women’s wing of the Vishwa Hindu Parishad. She has been spending a week a year as a trainer for most of her grown up life. Entirely presumptuous about her own identity (“While making me, God was in a different mood.”), she believes fervently in the ideals of her tasks. She is willing to kill for the country. She inculcates the values set out by the organizers, by firmly extending their reach to younger generation. Her father, a pious autocrat, is stuck in his views of beating up children and confing women to “their space.” He would put her up for marriage though Prachi does not believe in it. When she is home, she appears less defiant than she is on the field, projecting the ideals of a Hindu life and a defense of her idealized nation. And yes; she hates Gandhi because she believes in hinsa when necessary. Prachi admits she is fighting for a country that cannot provide what she wants, a clean slate of life in which she has the freedom to not marry and defend the values of her religion.

Seamlessly mixed with Prachi’s story is that of Ruhi Singh’s. She joins the training for Miss India pageant in a hotel in Mumbai. Her parents, particularly her mother, are convinced that this is a “way out” for their daughter, an option to find her own path that is denied to other girls in India. Ruhi is tenderly idealistic, but without a shred of self-awareness beyond that of her own appearance, which gets better each day as she is groomed in a 30 day camp along with other contestants. Like other contestants, she submits to the sexualized views of the male trainers (whose own appearance makes them pitiful misfits in a beauty pageant). She chases the ideals that are set by the pageant, believing that this is freedom, to have your physical self valued over everything else, and still think that it is the best option. Ruhi is elicits sympathy on her long road to fame, career and glamor.

Pahuja’s effective merging of these two narratives achieves the desired results. The two scenes, the fundamentalist camp and the beauty pageant appear to be quite similar to each other, two sides of the same country. Both lack self-consciousness, a lack for self-examination. Both have blinders on them. None, not even the pretentious Hindu women’s wing, is thinking of violence inflicted on women on a daily basis. The beauty contestants believe what they are doing is within the Hindu tradition, more flexible and open to modernity while the fundamentalists hone their skills against the imagined enemies of the religion. They want to preserve the purity they have conjured. Both groups are socially isolated, morally deprived and ethically complicit. Their complicity comes from two different but related aspects of their rhetoric. The Hindu women and their programmers (footage of late night rallies with soaring lessons about the enemy) are so possessed with Islam and Christianity and with preserving their “purity” that they are oblivious to the troubles of women in India. Their patriotic duty, as it were, should compel them to think of that first. Prachi’s father is very proud of putting a hot iron rod on her leg when she was in eighth grade. “She would remember never to lie;” he says. The beauty contestants and their promoters haven’t the faintest idea that they are promoting the male gaze that will motivates men to think of dominating women. Their motherly guide, Sabira Merchant, offers a perfect example of having been eaten up by the machine. She has worked out the map of life for women in proper accents, perfect etiquettes and artificial ideals of a process, which she confesses is a lie.

In Pahuja’s tale of two Indias, it is the patriarchy that is responsible for this plight, not women. This is really a diagnosis of India, and an eye-opening exercise how violence against women is ignored on a daily basis. The two episodes here are about that violence, of ignorance and parochialism on one side and fake pursuits of selfish and temporary pleasures on the other. And yet, the deft editing and the rapidly moving narrative does not demonize the West. The fundamentalists give themselves up with their own documentary confessions. Their narrative turns up to be the dangerous one and the beauty pageant a misguided one.

So close are these worlds that they create some delicious ironies. In their graduation ceremony, the young girls prepare to put on their stashes. “These are just like the Miss India pageant,” one of them says. Prachi’s family watches the pageant on television, the world they abhor. For the first time, the mother gains her own voice, turns to the camera and agrees that this is a new generation. “They are not going to follow the old ways- our ways,” she says. Marc Robinson, the pageant director, puts white cloth on women so he could just “examine” their legs. In doing so, he creates one of the most gallingly atrocious images in history, the garbs of the supremacist Clan. Both reduce their prey to dehumanize objects.

Whichever way one sympathizes with these two sub-narratives, this film offers a space for public sphere. Watching it is like holding a mirror to ourselves. It is not a pretty picture. To ignore it is to betray social responsibility. To ban it is to endorse its darkest impulse. To critique is to respect the noblest form of cinema. To talk about it is to justice to the film. 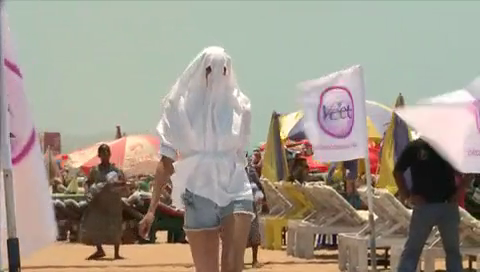 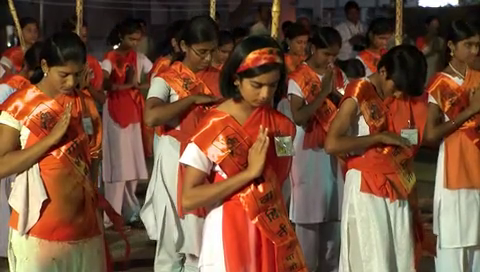 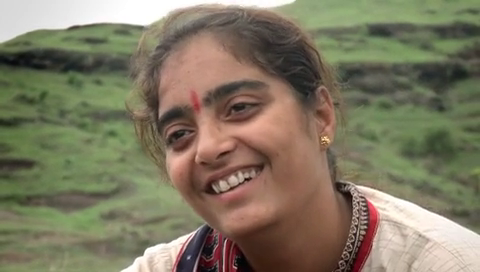 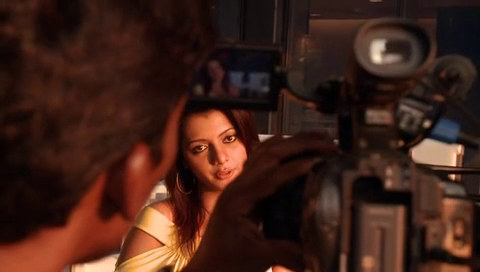