In the precious biographical details of Dadasaheb Phalke’s life that we know, he gave up on cinema after making some 95 films and scores of shorts and went to Banaras. He wrote a play called Rangbhoomi, with a strong autobiographical slant. Kamal Swaroop’s documentary on this phase of Phalke’s life, he says, is an “invocation of that text.” It comes as a puzzle, an intriguing and challenging ontological rebus of various phases of cinema and of representation. 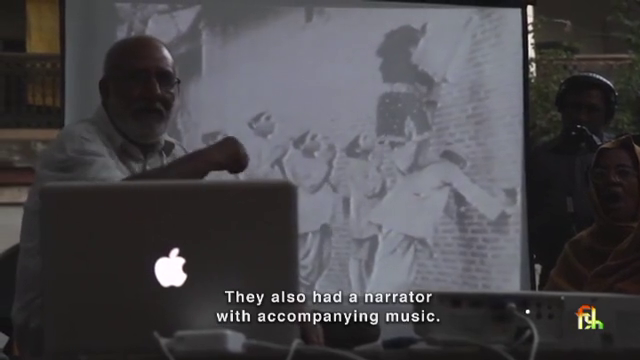 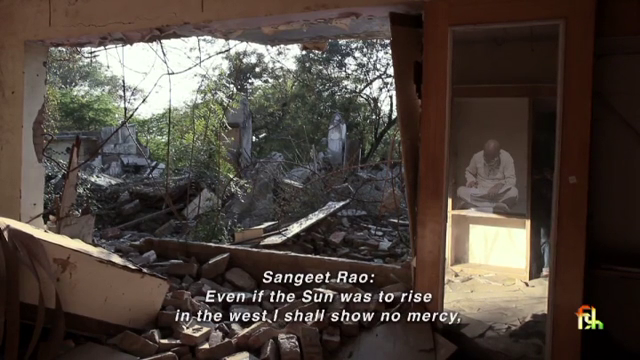 It is a multilayered palimpsest of what cinema was and has become, with none- too-resolute conclusions. It is an exercise in artistic humility as it is a profile of a pupil who takes the threads of his teacher to move the discourse forward. If you are a filmmaker, this is a must-see. If you are a film student, it is an essential learning phase before you move on. If you are a cinephile, think of this as a pilgrimage with unlimited rewards.

Produced by Films Division, the film begins quite ordinarily. The subject of the documentary is only a memory, having left a treasure house of provocations and artistic ruminations to ponder over. Swaroop quickly poses the first proposition of the film. Film is indexical, while theater works in figurative language. If Phalke left the former behind, relinquishing it to search for something beyond, that too in a holy place with labyrinthine dimensions, then the viewer must wonder: “was he in search of something else? Was he disillusioned in the capacities of cinema?”

In a documentary film, Swaroop must look for actualities. He searches in the city of Banaras. Tracking down old newspapers for Phalke’s activities and sites where Phalke may have worked, he presents a history that is slipping away, both in the older interlocutors who must preserve it and in the sites that are fast becoming archeological relics. There is a little glimmer of hope in a group of students who think of Phalke’s life and work as a challenge to be deciphered, to be made relevant to their times. These students and the researchers are the only safeguards against that fading archive of our culture.

The people and the city, so entrenched in the historical and mythological past provide all sorts of intersections for Swaroop to meditate on the questions of reality, of the possibilities of representation. As if to find a world that must be beyond all of this, a world where new questions can  be formed, he constructs a remarkable replica of the Ghats of the city, using them variously as spaces on which to write images as much as spaces that attempt to speak for what is un-representable. He meets the sadhus of the city who question the everyday foundations of belief and reality. He spends time with a generation that could be nearly as old as Phalke’s cinema or at least could conjure that age well. Throughout, the quest is the same as that of the protagonist of Phalke’s play. Sangeet Rao questions the traditions to insist that theater bow to Brahma, the power that creates the universe, creating the real and the meaningful at the same time. It is a search for that.