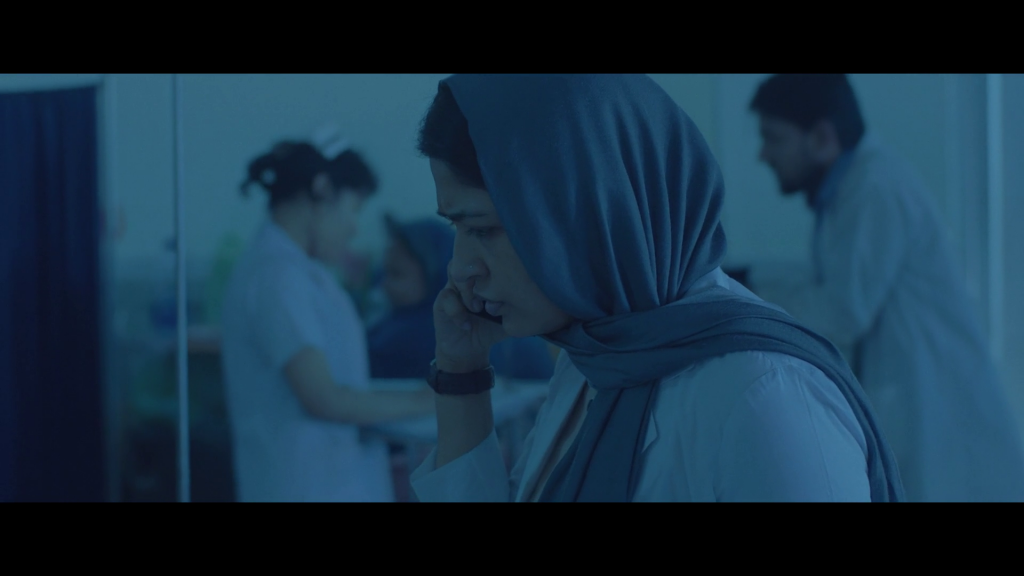 Sexual assault, unfortunately, has been with us. What has changed is the way we respond to it. The “me-too” movement changed the currency of the topic and in some ways, made it global, marking commonality shared by women across cultures. Watching Abdullah Mohammad Saad’s film, Rehana (2021), one assumes that the film is framed in a cultural perspective. Quite quickly, you realize there is nothing culturally specific here; the problem it presents and the way the director represents it, make the film a major recent achievement of world cinema. This is the second important film made by the director from Bangladesh, giving cinema of his nation a significant visibility at Cannes (Un Certain Regard, first feature from the country) and the Academy (his country’s selection).

The narrative and visual accomplishments of this film are quite memorable. At the center is Rehana, a widowed mother who works at a medical school. The only earner in her family, she has to take care of her ailing parents, a financially dependent brother, and daughter in first grade. In the opening sequence, Rehana expels a student from exam hall as she catches her cheating. Her classmate, Annie, objects. Soon, as she is ready to leave the building, Rehana catches her male colleague, Dr. Arefin sexually harassing Annie in his office. Despite Annie’s reluctance, Rehana insists she take a stand against him. Without such complaint, the man would continue to assault others, she says. Rehana’s convictions are firm, but as she realizes that Anna’s life would be destroyed if the allegations were made public, Rehana decides to make it known it was her who was assaulted.

The entire establishment turns against her, the woman-principal, her students, and the colleagues. Rehana endures through the consistent pressures with her rock-solid resolve to seek justice. And, all through this, she manages her family life and her parenthood. She is juggling a dozen things, from asking her brother to run errands to her daughter’s homework, and her parents’ health. As the world closes in on her, Rehana is still standing, withstanding the onslaught to make her position clear.

Saad does not attempt to create a “heroine,” a liberal hero who comes out winning. She is against the pressures of cultural codes as much as denials of agency to women. Rehana’s sense of empathy toward the students, the wife of Dr. Arefin, and toward her family comes through as simple, common virtues, not as performative gestures that mark her as a woman. Rehana’s character is a nuanced portrait, not easily available for type-casting seen in so many films. There are no applause lines and there is no moralizing that Hollywood loves. Hers is a gritty struggle against anyone who is not willing to accept and respect a woman’s word that she was assaulted. The ‘event’ in the narrative is commonplace. The response to it does not yield cinematic gratification we are used to. Saad’s film insists that we understand Rehana and for that, he puts the viewer in a cage, a defined space framed in a distinct visual style and pace.

The entire film takes place in a hospital-college building. The hand-held camera is close to Rehana. Her movements take place in narrow frames of space, avoiding larger compositions. When he must present a corridor, or a hallway, Saad narrows that space with his lens. Our immediate contact is Rehana’s face, stoic and stubborn, yet given to quick changes in her facial muscles to signify worry, anger, irritation, and resistance. Scenes of Rehana splashing water incessantly to process her emotions are volcanic before their eruptions. But melodramatic eruptions never come. When Rehana does give in to outward expressions of her inner lava, the sound almost breaks through the screen. In the main role, Azmeri Haque Badhon is magnificent. She opens up a whole taxonomy of states that speak of conviction, care, and endurance in her face and gestures. It is not a forgettable performance.

Tuhin Tamijul’s cinematography creates a world in which we live with Rehana in the college-hospital building. With a consistent blue filter, he creates a distressing, melancholic image. The proximity to the characters, the mobile camera, and the narrowing of the visible space create a claustrophobic world which we must inhabit. Without such construction, the viewer would be watching Rehana’s travails and pains from a distance. In that case, we would be watching someone else’s suffering. For Abdullah Mohammad Saad, Azmeri Haque Badhon, Tuhin Tamijul, it seems important that we take their world as our own. The world of women who suffer is not different.