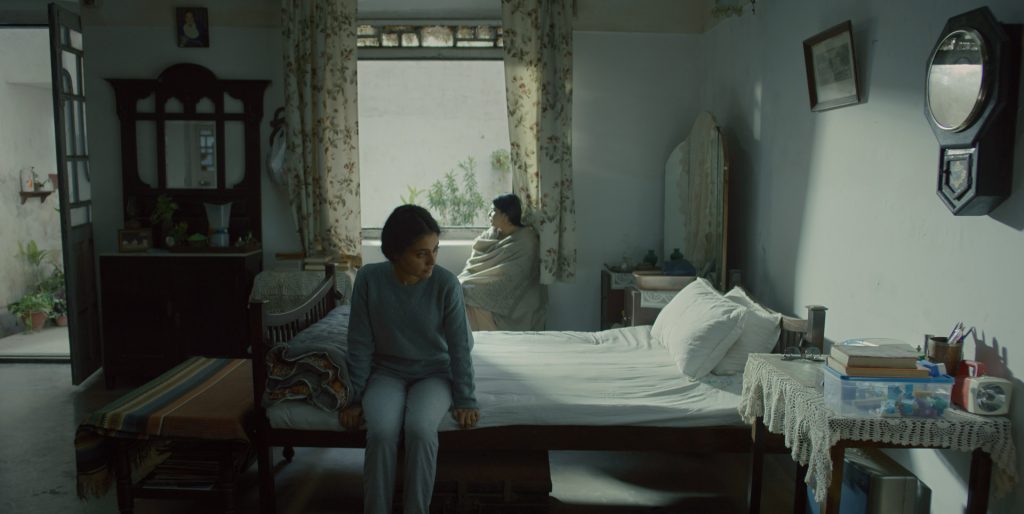 There is an inane and tragic irony in the tendency to change the names of the cities in India. Bombay changed to Mumbai and Madras to Chennai, presumably to return to the ‘native’ names while shedding off the colonial connotations of the older titles. But in history’s revenge tale, these cities became more Westernized, indeed neo-colonized, surrendering to the new powers of global neo-liberal capital that threatens to erase any genuine identities that the new names were designed to achieve. As with so many features of Indian life, this too smacks of hypocrisy. While they are trying to restore the native glory with the native name, they are selling out to the forces that erode the genuine character of the city.

Faraz Ali’s Shoebox (2021), places this irony at the center of its narrative. As the city of Allahabad changes its name to Prayagraj, it wants to discard the old, in this case, a single-screen theater at the heart of the city, and open its arms to multiplex nestled in the mecca of consumerism, a shopping mall. The city-leaders and politicians are so servile to the incoming wave of money, they are willing to sacrifice history, identity, even human lives. Filmed with a keen eye on documentary style meant to capture the living soul of the city, Ali places a relationship between father and daughter to drive the human drama of this of transformation.

Mampu returns after twenty years from Pune to Allahabad to see her father, who barely takes care of his own health and appears unable to attend to the repairs of his old, decrepit film theater. Mampu’s task is difficult but it is a human connection worth striving for. Her father’s (Madhav) task is impossible. Vultures of capital are hovering around to demolish the theater. They are aided by the cheap local politicians and money-grabbers. As Mampu attempts to repair the relationship with her father, the last breaths of his Palace Theater are slowing down.

Mampu senses the unstoppable forces of cruelty and insensitivity of this new India. Opposing the changes is a futile battle, she concludes. She believes in the rootedness of families, of life in one’s own city. In one scene, she chides her uncle for thinking of sending his child away for schooling. One never returns home that is left behind. Change robs you of the warmth of home; constant shifts in what we call home sap our souls, she says. Ali and his co-writer Noopur Sinha place Mampu at the center of the narrative, at once embodying the maturity of reason, while also accepting the hardening of the soul caused by the changes in modern life. She nudges her father to let go of his beloved Palace Theater. She is sensitive yet practical, emotional yet resolute. Amrita Bagchi inhabits the character with poise and patience. Director Faraz Ali and cinematographer Mahesh Aney let the camera capture the nuanced emotions mapped on her face.

The transformations of the capital, while not visible yet, are threatening at the door. Thankfully and wisely, the film does not bring the images of consumer spectacle to the screen. Instead, the camera dwells on the interior spaces and faces of Allahabad, the old city. The sets are intimate and genuine of the domestic portraits. There is never an effort to imbue theatricality to the film sets. We still find the domestic space lit with lamps, crowded objects and old furniture. The images of the film have an elegant calm about them. They paint a genuinely warm image of Allahabad. The pace too allows the drama of change to brew through the narrative. Recent independent films in India seem to have taken up the virtues of slow pace in their narratives. Quite a blessing considering how strong the appetite for fast dramas and melodramas has been in Indian cinema.

For a debut film, Shoebox, is a splendid achievement. For its place in the pantheon of films that mourn the demise of the old, the traditional, the historical, and the genuine, the film has a special berth of its own.