Quite likely, Slumdog Millionaire will sweep the Golden Globes (nominated in four categories) tomorrow and even more likely, it will take a good share of accolades at the Academy Awards next month. The film is receiving consistent praise for from all quarters, and audiences are clearly enjoying it.  It has received limited release (now a proven marketing strategy) until mid December and now it ranks 7th in box office returns in the U. S.  The film promises to break ground in what it provokes and how it inspires filmmakers, as well as critics in their approach to world cinema. 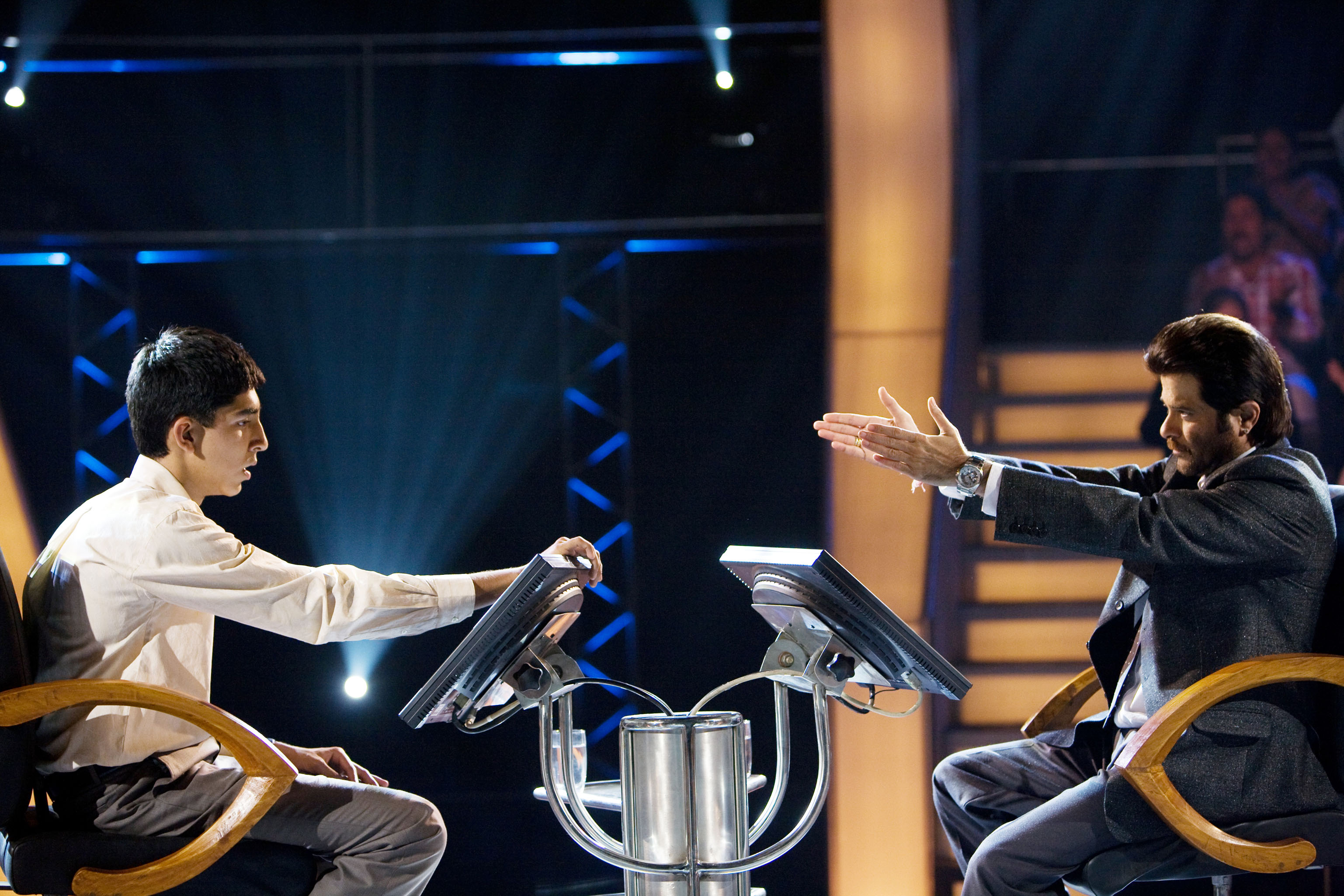 Let us give credit where it is due. Slumdog Millionaire is a slick film; effectively photographed, competently edited and has all the elements of a successful blockbuster film made by “foreigners” in a third world country. It deserves all the awards it gets; one hopes it does. The experience of watching the film is pleasurable not merely for aesthetic reasons but because it confirms what we expect from India and its slums, and re-confirms the state of a nation that is nothing but a service-ground for the West. From here, the entire country looks like a gigantic calling center surrounded by slums, and the film proves it.

If film has become “transnational” in the age of globalization, this new category of “transnational” or “world” cannot be assigned innocence. There is always a predisposition toward another culture (culture of the ‘other’) that comes through in the film produced by crossing borders. This perspective is no more biased (if that is the term) than what could be the case in films made within the confines of “national cinema.” But we have to move away from thinking of innocence (which is the hallmark of the Golden Globes, the Academy et al) to thinking of predispositions/proclivities of popular tastes that want to see and confer awards to “foreign” films. 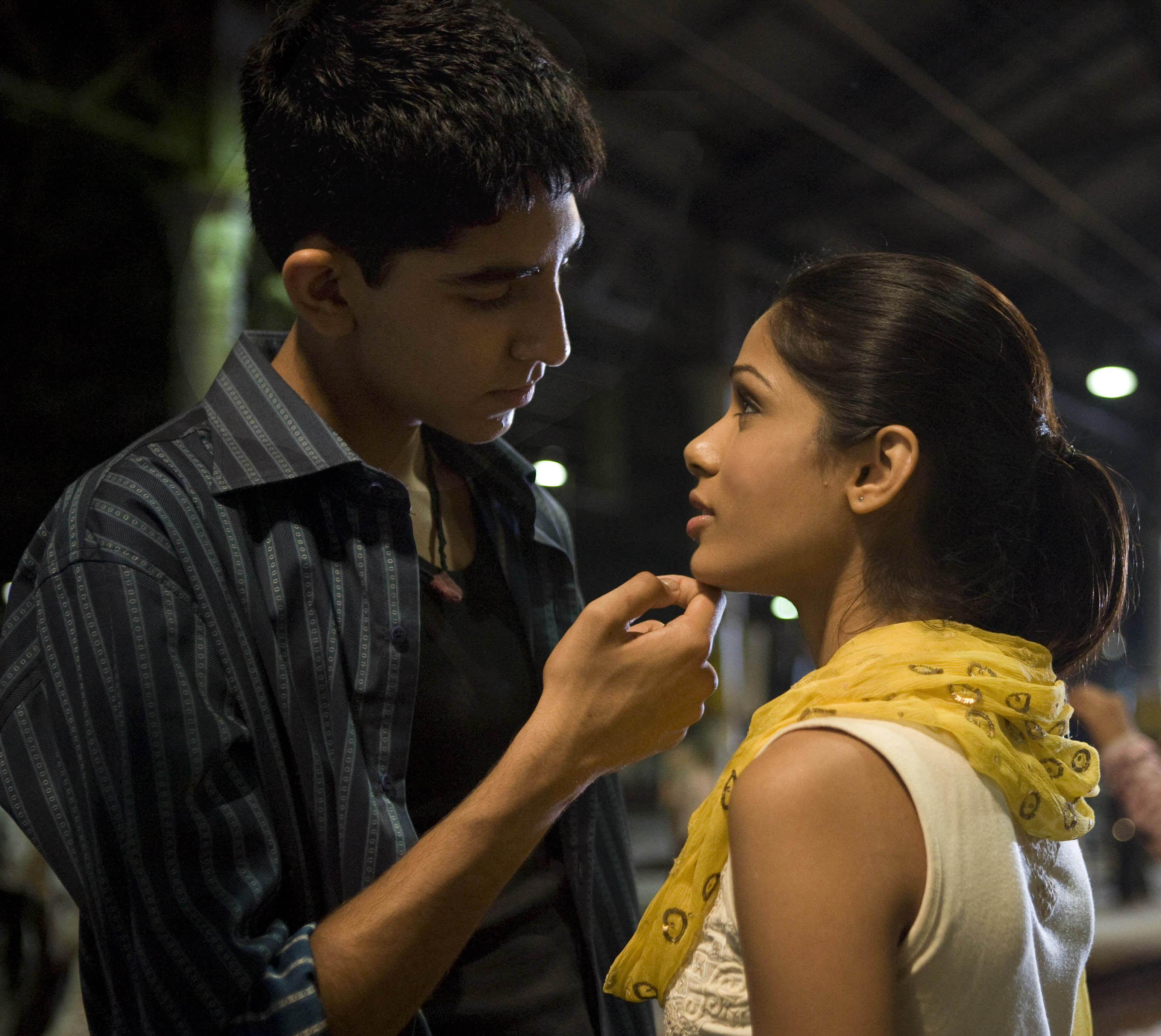 First, the film is a studied imitation of the narrative techniques that have worked so well for “Bollywood.” It would be a mistake to equate “Bollywood” with simple song and dance sequences.  Slumdog narrative shows how it is possible to move beyond the possibilities of realism, with a good dose of realistic elements strewn in together. The improbable rise of the young Slumdog is made possible by providence, the luck of gods that watch the poor since the rest of humanity seems so cruel. The Slumdog kid survives and even learns English through a stint at the Taj Mahal as a tourist guide. One has to suspend the disbelief that such things are within the realm of reality. The characters work within the accepted region of meaning; they work at call centers; they live in dire poverty; their humanity is intact despite the evil that lurks around them and they always win at the last minute.

Second, the “feel good” aspect of the narrative is what makes the film a winner in the minds of audiences that search for something sympathetic in characters who toil in poverty in the county of the ‘other.’ A. O. Scott wrote in 2004 in The New York Times (What is a Foreign Movie Now?) that there are two kinds of foreign movies (that win acceptance here); the humanist type (mostly about the natives, set in realist mode) and the modernist type (about middle class, city dwellers, reflecting on existential situations). Granted Slumdog is not exactly a “foreign” movie (the Academy prefers “foreign language film,” with entirely dubious nomenclature), it bears all the marks of a film made about another culture, and one that pretends to be “native” in stylistic and narrative claims. So this is neither a humanist film nor a modernist film, but it is now a film that revives a “colonialist” approach to the other. Like all Sally Struthers commercials, the film is intended to make you feel good in the end. For Frank Rich and others, it is a parable for the times in which we live. The good will triumph; the villains will be punished and the poor have a chance of making it on to the sunlit stage of wealth.  You ought to make this acceptable to the audiences that the characters come from a background that you hold in your imagination, that they affirm your view of their conditions and that they can still sign up to the dreams you have signed on to. Why would a film like this fail?

If we embrace the idea of “transnational” cinema uncritically–that the hybrid and symbiotic energies of two or more cultures will always bring about new synthesis–we would be choosing the wrong answer in this game. It would be damaging to embrace this aspect of world cinema without serious examination or we would bring back the old ghost in new garbs.

Third and the final aspect of this film have to do with what it implies rather than what it says clearly in its narrative. (If you have not seen the film, skip this now and return later.) Perhaps Danny Boyle and Co. has unleashed a series of insights on how we must understand poverty and its relationship to success as we define it.  What is “written” for the Slumdog is not his fate. That would be “Frank Rich solution” to the problems of bad times and recession; just wait for the tide to turn and get rid of the culprits who spoil the broth. When we leave the chances of fighting poverty to mere providence (another mark of most “Bollywood” narratives), we ignore what else is “written” in that scenario.  There are hints in Danny Boyle’s work, but in the form of narrative commitment. Each of the victories of Slumdog is “written” on his history, the history of his body. We learned from reading Foucault’s histories that this is where power makes its lasting marks.  The “solution” to this is not to wait for luck of the draw or seeking of any lifeline or asking the audiences for a bailout. The solution is a steady re-writing of that history. The pain on the body has to be re-written. One cannot wait for the answers to match luckily to the questions posed. One has to re-write history written on the bodies by poverty and one has to, of course, force a re-phrasing of questions.

Such is the question re-opened by Slumdog Millionaire and such is the challenge for cinema made across borders.

One Reply to “Slumdog Millionaire”