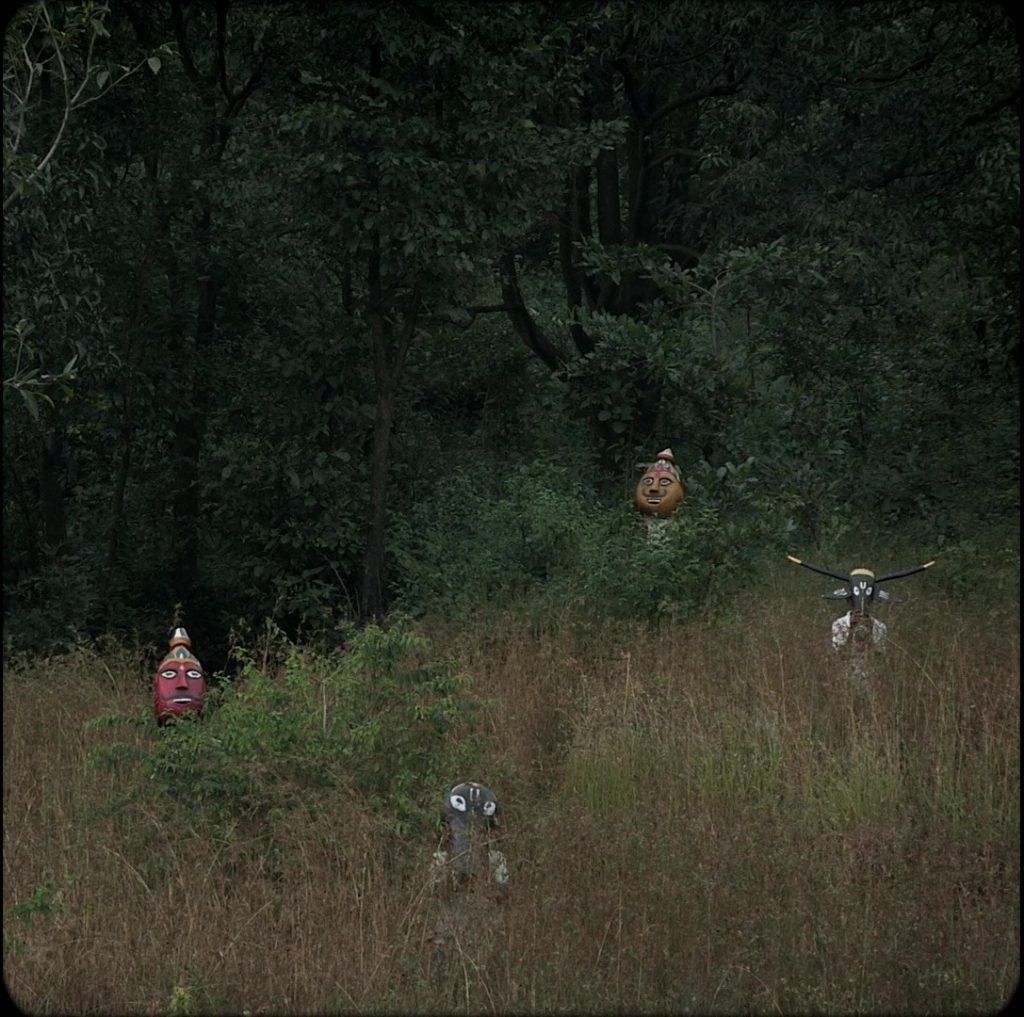 I had watched Yudhijit Basu’s Kalsubai at the Oberhausen International Short Film Festival Oberhausen in 2021.

In my article, this is what I wrote:

The festival catalogue mentions Yudhijit Basu’s Kalsubai (India; Grand Online Prize of the City of Oberhausen) as an ethnographic film, which turns out to be a ruse for this intensely political film. Kalsubai, a Koli (fisherman in that part of India) woman volunteers to be a daughter to a childless couple, under two conditions: she would never get married, and although she would do any kind of work in the house, she would not pick up or clean any used dishes. When the second promise is broken, Kalsubai walks in rage to the mountains where she resides in a temple. Basu shoots the film in unmatted 1:33:1 ratio with rounded frames, to bring forth a world of staged events of mythological dimension (made famous by Lisandro Alonso’s 2014 film, Jauja). The colours of the landscape are subdued, with some scenes in light black-and-white. Folk songs and dances about the Kalsubai lore set up a rhythmic march to the narrative. The bright imagery comes in colour as women are doing housework and cleaning grain while sitting on the steps. A young girl plucks flowers on the hillside. The film directs us to a narrative centered on Kalsubai’s refusal to do any unwanted housework. Women’s independence is not simply in refusing to get married but also in rejecting demands for housework. Kalsubai’s anger is as much against patriarchy as it is against the menial labour to which millions of women are subjected, either as members of the family or as maids. Basu’s film ceases to be a folk tale consigned for novelties of a once-existing culture but becomes a clear-and-present call against the exploitation of women.

Watching it again, its visual style struck me for its veritable mix of the literal and the figurative. It is indeed a story of a place, of the people-the fisherwomen, the mountain people of Maharashtra, the soil, the rocks and the mountain. Basu lets these images linger on until they have tactile quality. The stillness of the images, even of objects that have a movement, a life of their own (stream of water, half-submerged trees, sprouting plants) speak of the permanence of life there, living in the shadow of the goddess. The narrator says that these are primordial objects making up the environment. It is a timeless story now in the granularity of what we see. The images of women on the front porch, of singing in the evening light, and standing across the hill are permanent too, for these are the continuation of what has been there. The literal is a residue of the march of time.

Against this, but interspersed among them, are the images that speak of a different level of signification. The scenes of sprawling grassy fields, high mountain-rocks, the skyline that soaks the light, are all metaphorical figures. The voice of the narrator speaks of an angry goddess and people she protects by residing amongst them. People worship the goddess but they do not know the range and power of that fury. Their call for protection appears to come from the silent fields and the skylines that absorb the sunlight. Basu renders these scenes into images of abstraction, of the unknown and the open.

It could well be an ethnographic document. But it is delivered in surreality of images, synthesizing what one brings to the film, the mythology and the power of the mountains anywhere, the voices and timeless stories that circulate amongst them, and rootedness of the people who live there, if only temporarily. It becomes clear this is a tale about women, about the memory, and about the nestled protection provided by the standing rocks. It is a poetic film, opening up thought.